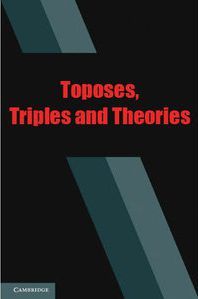 Description:
As its title suggests, this book is an introduction to three ideas and the connections between them. Chapter 1 is an introduction to category theory which develops the basic constructions in categories needed for the rest of the book. Chapters 2, 3 and 4 introduce each of the three topics of the title and develop them independently up to a certain point. We assume that the reader is familiar with concepts typically developed in first-year graduate courses, such as group, ring, topological space, and so on.

Category Theory
- Wikibooks
This book is an introduction to category theory, written for those who have some understanding of one or more branches of abstract mathematics, such as group theory, analysis or topology. It contains examples drawn from various branches of math.
(10570 views)

Banach Modules and Functors on Categories of Banach Spaces
by J. Cigler, V. Losert, P.W. Michor - Marcel Dekker Inc
This book is the final outgrowth of a sequence of seminars about functors on categories of Banach spaces (held 1971 - 1975) and several doctoral dissertations. It has been written for readers with a general background in functional analysis.
(9094 views)

Category Theory for Scientists
by David I. Spivak - arXiv
We attempt to show that category theory can be applied throughout the sciences as a framework for modeling phenomena and communicating results. In order to target the scientific audience, this book is example-based rather than proof-based.
(8539 views)