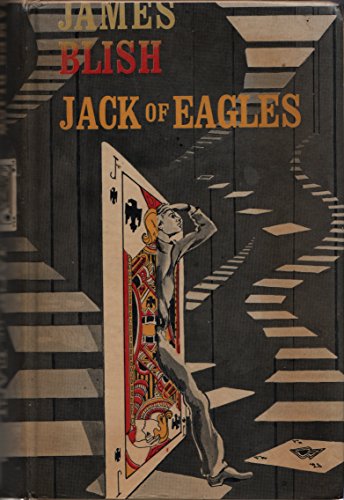 Jack of Eagles
by James Blish

Description:
Only recently, Danny was an average New York copywriter, until he suddenly found he had ESP. His knowledge of the future is astonishing, and the rest of Danny's powers are just beginning. But someone has plans for Danny: a mysterious group of sinister men bent on world domination. They'll stop at nothing until they capture Danny ... or destroy him.

Prelude to Space
by Arthur C. Clarke - The Galaxy Publishing Corporation
The world's first lunar spacecraft is about to launch. The ship is built from two separate components -- one designed to travel from Earth's atmosphere to the Moon and back, and the other to carry the first component through Earth's atmosphere.
(2276 views)

Well of the Worlds
by Lewis Padgett - Gerard Arthus
Clifford Sawyer, investigating ghosts in a mine, finds ancient beings from another world -- and gets swept up in a titanic struggle between for control of a parallel dimension. This novel was originally published in 'Startling Stories', in 1952.
(3192 views)