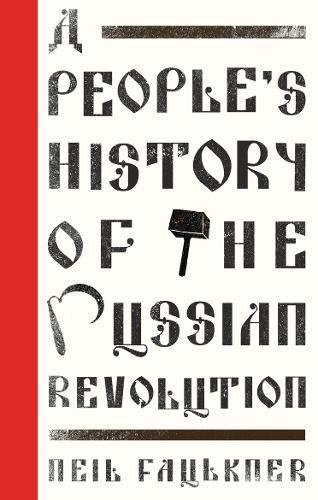 A People's History of the Russian Revolution
by Neil Faulkner

Description:
The Russian Revolution was an explosion of mass democracy from below. It transformed the people who took part and inspired tens of millions across the world. Its global impact shook the capitalist system to its foundations and came close to bringing it down. But in the end, the revolutionary movement was destroyed by the most murderous counter-revolutionary terror in history.

The German War
by Arthur Conan Doyle - Hodder and Stoughton
These essays, upon different phases of the drama which has made our lifetime memorable, would be unworthy of republication were it not that at such a time every smallest thing which may help to clear up a doubt, should be thrown into the scale.
(6231 views)

Witch, Warlock, and Magician
by W. H. Davenport Adams - J. W. Bouton
The author gives a general introduction to alchemy in Europe and traces the development of magic and alchemy in England from the fourteenth century onwards. Adams established himself as a popular science writer, translator and lexicographer.
(7104 views)

The History of The Crusades
by J. Fr. Michaud - A. C. Armstrong & Son
The Crusades have a deeper significance than any isolated personages or events ever possess. They brought two civilizations into conflict, and no events are more important than those which secure the contact of different civilizations.
(16374 views)