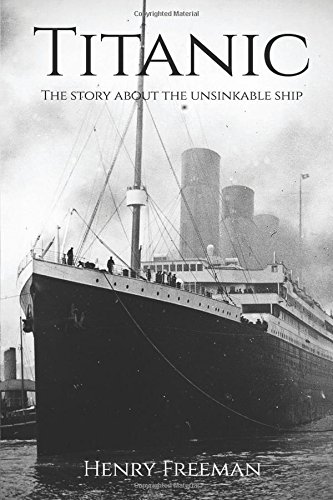 Titanic: The Story about the Unsinkable Ship
by Henry Freeman

Description:
It has been more than one hundred years since the RMS Titanic sank to the bottom of the North Atlantic ocean. The disaster has captivated history buffs and non-history buffs alike, and it is easy to see why. Some of the most illustrious people of the day were on board: some survived, and some did not.

Decisive Battles of the World
by Edward Shepherd Creasy - The Colonial press
Fifteen decisive battles of the world from Marathon to Waterloo. A famous book which is not merely lodged in libraries, but is read and re-read. The stories the writer tells are as interesting in narrative as human struggle is itself interesting.
(16445 views)

Medieval And Modern History
by Hutton Webster - D.C. Heath & Co
This textbook, as the title indicates, covers both the Middle Ages and modern times. The entire work has been written since the outbreak of the World War I, and its probable consequences have been kept constantly in mind.
(13247 views)

Ten Girls from History
by Kate Dickinson Sweetser - Duffield & Company
About the lives of girls who achieved some noteworthy success during youth. More attention is paid to accuracy of fact than to the interesting romances, in the hope that this volume may be used as an introduction to the more detailed documents.
(10489 views)