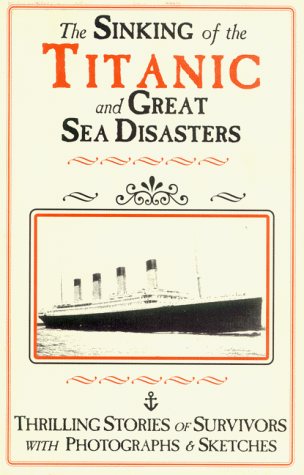 Sinking of the Titanic and Great Sea Disasters
by Logan Marshall

Description:
The sinking of the Titanic and Great Sea Disasters is an exciting collection of first-hand stories describing the catastrophe of Titanic's maiden voyage as told by its survivors shortly after the ship sank. Originally written and published in 1912, Logan Marshall's book was the first attempt to solve the mystery of the accident and relieve the heartache which it stirred internationally.

World History
by Hutton Webster - D. C. Heath
This textbook covers the entire history, together with prehistoric times; it presents a survey of human progress, rather than a chronological outline it is intended for the students who do not take more than one year of history in the high school.
(17172 views)

Hitler's Shadow: Nazi War Criminals, U.S. Intelligence, and the Cold War
by Richard Breitman, Norman J.W. Goda - The National Archives
This book is based on newly declassified and analyzed government documents. It documents how Western intelligence agencies declined to prosecute war criminals -- often men responsible for the deaths of thousands of Jews and others ...
(5291 views)

The History of the Devil
by Daniel Defoe - Project Gutenberg
Containing a State of the Devil's Circumstances, and the various Turns of his Affairs; from his Expulsion out of Heaven, to the Creation of Man; with Remarks on the Several Mistakes concerning the Reason and Manner of his Fall.
(11913 views)

The Story of Mankind
by Hendrik van Loon - Boni and Liveright
This book, for history buffs and the historically challenged alike, covers human history from prehistoric times, when our earliest ancestors were learning to communicate with grunts, right through to the issues of the latter 20th century.
(14669 views)