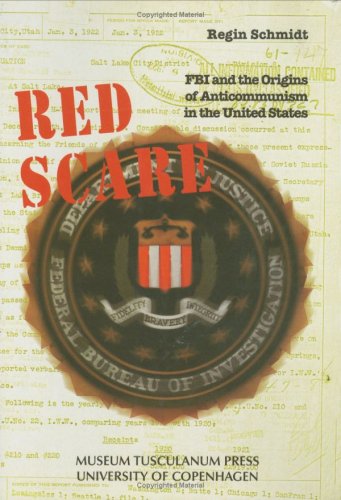 Red Scare: FBI and the Origins of Anticommunism in the United States
by Regin Schmidt

Description:
The anticommunist crusade of the FBI and its legendary director J. Edgar Hoover during the McCarthy era and the Cold War has attracted much attention from historians, but little is known about the Bureau's political activities during its formative years. This book breaks new ground by tracing the roots of the FBI's political surveillance to the involvement of the Bureau's predecessor, the Bureau of Investigation (BI) in the nation's first period of communist-hunting, the 'Red Scare' after World War I.

Prehistoric America
by Stephen D. Peet - American Antiquarian Office
It is very interesting to get a view of a condition of things which once existed, but will never be seen again. It was a stage of society so unique and so purely aboriginal, that it would seem that every American citizen should know about it.
(6928 views)

Ocean to Ocean on Horseback
by Willard W. Glazier - Edgewood publishing company
The story of a tour in the saddle from the Atlantic to the Pacific; with especial reference to the early history and development of cities and towns along the route; regions traversed beyond the Mississippi; together with adventures of the journey.
(10384 views)

The Decline of the American Republic
by John T. Flynn - Mises Institute
In 1955, John T. Flynn saw what few others journalist did: the welfare-warfare state conspired to bring down American liberty. The New Deal combined with World War Two had fastened leviathan control over a country born in liberty.
(13946 views)

Over the Edge: Remapping the American West
by V. J. Matsumoto, B. Allmendinger - University of California Press
From the Gold Rush to rush hour, the history of the American West is fraught with diverse, subversive, and at times downright eccentric elements. This provocative volume challenges traditional readings of western history and literature.
(13121 views)