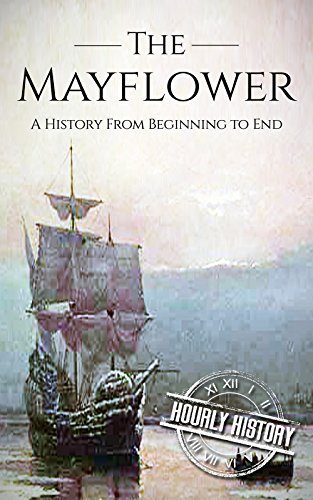 Mayflower: A History From Beginning to End

Description:
The story of the Mayflower is one of adventure, courage, and destiny. The Mayflower was the ship that launched a nation. She left from England in September of 1620, carrying 102 English Separatists to a new life, one that came with the freedom to practice their religious beliefs as they saw fit. These Pilgrims had the courage of their convictions.

The God of the Machine
by Isabel Paterson - G.P. Putnam's Sons
The author presents an original theory of history and a bold defense of individualism as the source of moral and political progress. When it was published, her book placed her in the vanguard of the free-enterprise movement now sweeping the world.
(18308 views)

Women of Influence
by Mark Betka, at al. - U. S. Department of State
Women of Influence: this collection chronicles how 21 notable American women broke new ground, some by championing equal rights for all and others by their accomplishments in fields such as government, literature, and even in war.
(11542 views)

Hero Stories from American History
by Francis K. Ball, Albert F. Blaisdell - The Athenaeum Press
This book is intended to be used as a supplementary historical reader for the pupils from twelve to fifteen years of age. It is also designed for collateral reading in connection with the study of a formal text-book on American history.
(8945 views)

Outline of U.S. History
by G. Clack, M. S. Neely, A. Hamby - Nova Science
A chronological look at how the United States took shape -- from its origins as an obscure set of colonies on the Atlantic coast a little more than 200 years ago into what one political analyst today calls the first universal nation.
(14046 views)