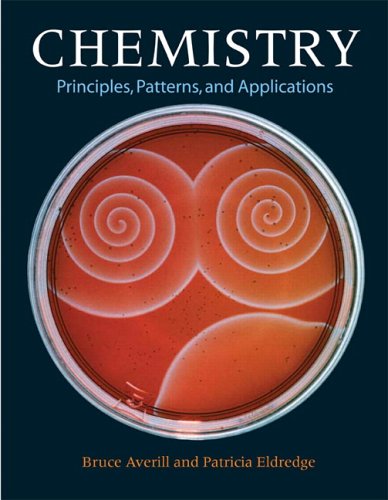 Description:
The authors emphasize the positive aspects of chemistry and its relationship to students' lives, which requires bringing in applications early and often. In addition, the authors feel that many first year chemistry students have an enthusiasm for biologically and medically relevant topics, so they use an integrated approach in their text that includes explicit discussions of biological and environmental applications of chemistry.

Chemical Dynamics
by J.B. Dence, H.B. Gray, G.S. Hammond - W. A. Benjamin, Inc.
Chemical dynamics is the systematic study of reactions and reactivity. Its early introduction forms a solid foundation for later study. The book is intended for students who have had introductory stoichiometry, energetics, and structure.
(13228 views)

The Renaissance of Science: The Story of the Atom and Chemistry
by Albert Martini - Project Gutenberg
The 2000 year history of the atom and chemistry, from the Classic Greek Era to the present, described in 800 pages. This history discusses the lives of about 180 chemists and physicists, representing the most important scientific accomplishments.
(5749 views)

Introduction to General Chemistry
by H.N. McCoy, E.M. Terry - McGraw-Hill
The book has been written for college Freshmen, and, as its title implies, it is intended to serve as an introduction to general chemistry. In consequence we have aimed to present a continuous and connected story in teachable form.
(6043 views)