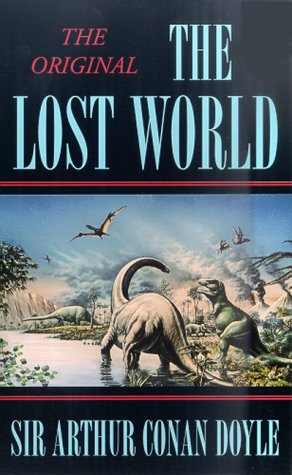 Description:
Nests of pterodactyls, hordes of iguanadons, swarms of plesiosaurs still roaming the earth in the twentieth century? Professor Challenger says yes and to prove it he leads an expedition into the deepest jungles of South America. Together, the men--a young journalist, an adventurer, and an aristocrat--along with their bearers and guides, search for the rumored country and encounter savagery, hardship, and betrayal on the way. But things only get worse as they get closer to the hidden world they seek. Trapped on an isolated plateau, menaced by hungry carnosaurs, it begins to look as though the expedition will never return from ...

The True History
by Lucian of Samosata
Lucian of Samosata was a Greek satirist of Assyrian extraction, and True History is perhaps his most well-known tale. In this tale, the protagonist visits the Moon, meets extraterrestrial creatures, and takes part in interplanetary warfare.
(5742 views)

The Wondersmith
by Fitz James O'Brien
O'Brien's work is often considered a forerunner of today's science fiction. The Wonder Smith is an early predecessor of robot rebellion, where toys possessed by evil spirits are transformed into living automatons who turns against their creators.
(6027 views)

Last and First Men: A Story of the Near and Far Future
by Olaf Stapledon
Epic science fiction classic. A work of unprecedented scale in the genre, it describes the history of humanity from the present onwards across 2 billion years and 18 distinct human species, of which our own is the first and most primitive.
(10786 views)

Five Thousand Miles Underground
by Roy Rockwood - ManyBooks
What does an enterprising inventor do to follow up the marvelous dirigible-ship Monarch? Cobble it together into an astounding vessel that travels on both air and sea, and then head more than twenty thousand leagues under the Earth!
(5483 views)