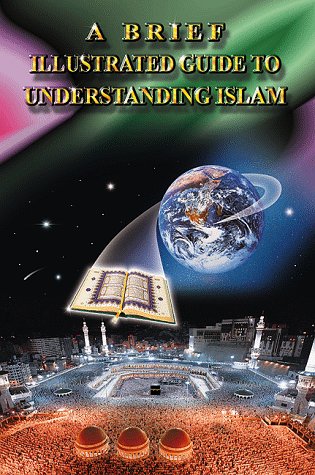 A Brief Illustrated Guide to Understanding Islam
by I. A. Ibrahim

Description:
This Islamic guide is for non-Muslims who would like to understand Islam, Muslims (Moslems), and the Holy Quran (Koran). It is rich in information, references, bibliography, and illustrations. It has been reviewed and edited by many professors and well-educated people. It is brief and simple to read, yet contains much scientific knowledge.

The Koran (Qur'an)
- quran.com
The Koran admittedly occupies an important position among the religious books of the world. Though the youngest of the works belonging to this class of literature, it yields to hardly any in the effect which it has produced on large masses of men.
(11953 views)

Discovering Islam
by Sayed Moustafa Al-Qazwini - Islamic Educational Center of Orange County
An invitation to learn about the fundamental message, spirit, and practice of Islam. This book covers essential concepts, practices, and beliefs. It takes you through the core principle of the Oneness of God to the contemporary concept of jihad.
(9817 views)

Islam between Truth and False Allegations
by Ahmad Shalabi, et al. - ISESCO
Addressing the fallacies harboured by certain non-Muslims about social issues, the book expounds in a clear manner the Islamic standpoint vis-a-vis those issues, and redresses the misrepresentations circulated about the righteous religion of Islam.
(6994 views)

Arabic Thought and Its Place in History
by De Lacy O'Leary - Kegan Paul and Company
A study of the mutual influence of Arabic and Western worlds during the Middle Ages. It traces the transmission of Greek philosophy and science to the Islamic cultures. The book presents a fascinating portrait of medieval Muslim thought.
(17362 views)