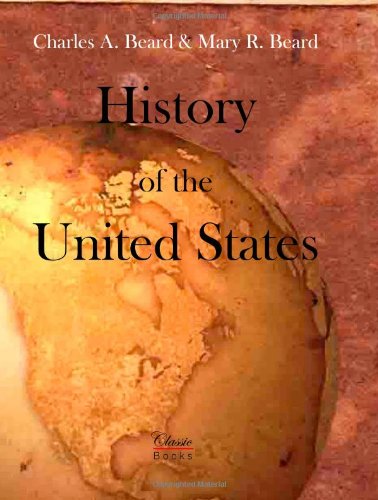 History of the United States
by Charles A. Beard, Mary R. Beard

Description:
This is a high school textbook in American history. The authors tried to set forth the important aspects, problems, and movements of each period, bringing in the narrative by way of illustration. Emphasized are those historical topics which help to explain how our nation has come to be what it is today. Treated are the causes and results of wars, the problems of financing and sustaining armed forces, rather than military strategy. Special attention was given to the history of those current questions which must form the subject matter of sound instruction in citizenship. Full of illustrations, maps, portraits, paintings and photographs.

Presidents' Body Counts
by Al Carroll - Smashwords
Speak No Evil About Presidents. So say most journalists, commentators, and historians. Not in this book. An eye opening look at all the evil done by presidents, mass murder, incompetence, and terrorism, and a look at the noblest presidents also.
(9617 views)

US History
- Wikibooks
The textbook covers everything that US history students study in high school or college. The contents: the history of colonial america, the early republic, antebellum america, the republic from 1877 to 1989, and from 1989 to the election 2008.
(12126 views)

A Century of War
by John V. Denson - Ludwig Von Mises Institute
The book covers the history of America's large wars from 1860 through the Cold War, describing the 20th century as the bloodiest in all history. Denson recounts how the wars came about through a series of deceitful political ploys.
(15031 views)