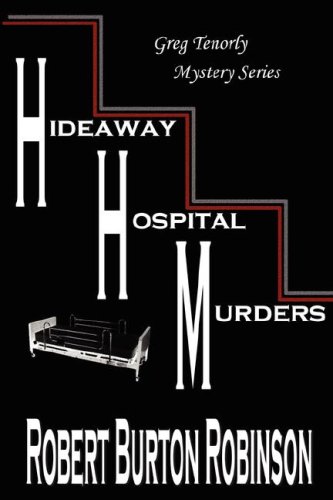 Description:
The small East Texas town of Coreyville is shaken by brutal murders and kidnappings, striking too close to home for Greg Tenorly. And the only witness is a mentally ill neighbor whose remarks are rejected by the police as gibberish. But Greg listens carefully to the man's seemingly incoherent statements, and later realizes that they just might contain enough clues to point him in the direction of the killer.

The Gray Mask
by Wadsworth Camp - Doubleday, Page & Company
Before Batman, The Green Hornet, or The Shadow, there was the Gray Mask! A thriller by Charles Wadsworth Camp, a reclusive American writer who served as a war correspondent during World War I, author of The Abandoned Room and Sinister Island.
(7150 views)

Black Woods
by Laura Wright LaRoche - Smashwords
Avid mushroom hunters and volunteers with the local Search and Rescue Department, Laura and Julie, remember that first encounter in the woods years ago. Four young men, fun by nature, travel to the woods with high hopes of a hunt they won't forget.
(5412 views)

Field Walking
by John Bishop - Smashwords
When a hit man crashes his car on the way to assassinate the Reverend Max Kingsley, a team of undercover police is sent to the country town of Arajinna to protect him and his wife. But Lenny d'Aratzio, who ordered the hit, is not about to give up...
(6773 views)