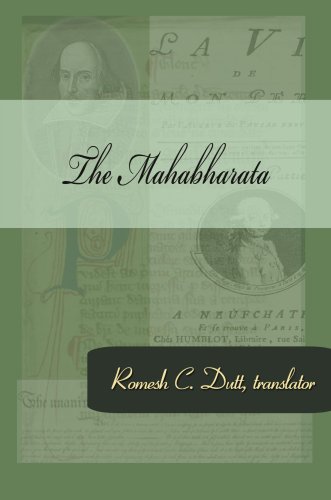 Maha-bharata: The Epic of Ancient India
by Romesh C. Dutt

Description:
Ancient India, like ancient Greece, boasts of two great Epics. One of them, the Mahabharata, relates to a great war in which all the warlike races of Northern India took a share, and may therefore be compared to the Iliad. The vast mass of legends and poetry, accumulated during centuries, was cast in a narrative form and formed the Epic of the Great Bharata nation, and therefore called the Maha-bharata.

Bhagavad Gita for Dummies
by Vishnuvarthanan Moorthy - Smashwords
This book is about the common man who tries to understand Bhagavad Gita and apply the practices in his life. One among 500 crore people, a common man is still searching for identity and tries to lead a respectable life in day to day basis.
(8299 views)

Vedic Mathematics
by W. B. Kandasamy, F. Smarandache - Automaton
In traditional Hinduism, the Vedas are considered divine in origin and are assumed to be revelations from God. In this book the authors probe into Vedic Mathematics and explore if it is really Vedic in origin or Mathematics in content.
(15810 views)

An Introduction to the Philosophy of Yoga
by Swami Krishnananda - The Divine Life Society
Yoga refers to traditional physical and mental disciplines originating in India. This is a study of the mechanics of yoga from its subjective, objective and transcendental aspects. A complete guide-book almost incomparable in its nature.
(16375 views)