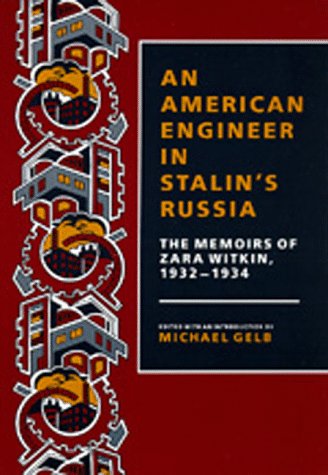 An American Engineer in Stalin's Russia: The Memoirs of Zara Witkin
by Zara Witkin

Description:
In 1932 Zara Witkin, a prominent American engineer, set off for the Soviet Union to help build a society more just and rational than the bankrupt capitalist system at home. Witkin felt beaten in the end by the lethargy and corruption choking the greatest social experiment in history, and by a pervasive evil, the suppression of human rights and dignity by a relentless dictatorship.

Memoirs of Napoleon Bonaparte
by Louis Antoine Fauvelet de Bourrienne - Charles Scribner's Sons
This incredible set begins with Napoleon's birth in Corsica in 1769 and ends with his entombment in the Invalides in Paris in 1840. These four volumes include chronologies, text, letters, and many many insights, both personal and professional.
(9419 views)

Lives of the Noble Grecians and Romans
by Plutarch
A brilliant social history of the ancient world by one of the greatest biographers of all time. In his most famous and influential work, Plutarch reveals the character and personality of his subjects and how they led ultimately to tragedy or victory.
(13488 views)

The Young Hitler I Knew
by August E. V. Anderson - Houghton Mifflin Company
An extraordinary memoir by a man who actually met Hitler in 1904. Their passion for music created a friendship, and a roommate situation. This book deals with the darkest, perhaps the most formative, and the most interesting period of Hitler's life.
(17115 views)