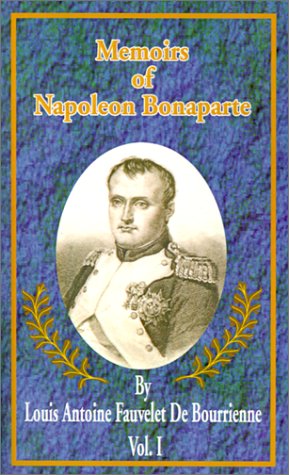 Description:
This incredible set begins with Napoleon's birth in Corsica in 1769 and ends with his entombment in the Invalides in Paris in 1840, further set off by an additional section back of Volume IV, Napoleon's Will. These four illustrated volumes include chronologies, text, letters, and many many insights, both personal and professional, into the life and mind of a titan in world history.

The Young Hitler I Knew
by August E. V. Anderson - Houghton Mifflin Company
An extraordinary memoir by a man who actually met Hitler in 1904. Their passion for music created a friendship, and a roommate situation. This book deals with the darkest, perhaps the most formative, and the most interesting period of Hitler's life.
(16189 views)

Villehardouin and de Joinville: Memoirs of the Crusades
by Geoffroi de Villehardouin - Dutton
Written by eye-witnesses who had taken an important part in what they describe. Stirring episodes in one of the most stirring chapters in human history. How Christendom put forth its power to capture and again recapture the holy land.
(15353 views)

Nero
by C. Suetonius Tranquillus - ManyBooks
The work, written in AD 121, was the most popular work of Suetonius, Hadrian's personal secretary, and is the largest among his surviving writings. It is considered very significant in antiquity and remains a primary source on Roman history.
(7635 views)

The Life of Christopher Columbus
by Edward Everett Hale - Classic Reader
This book contains a life of Columbus, written with the hope of interesting all classes of readers. I have followed on the lines of his own personal narrative wherever we have it. And where this is lost I have used the contemporary authorities.
(13249 views)