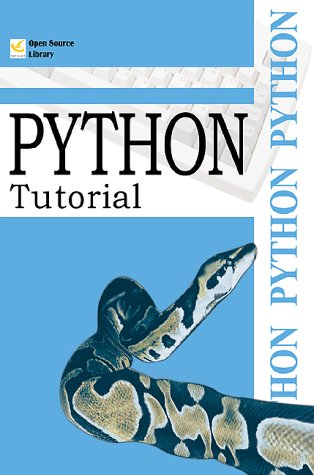 Description:
Python is an easy to learn, powerful programming language. This tutorial introduces the reader informally to the basic concepts and features of the Python language and system. This tutorial does not attempt to be comprehensive and cover every single feature, or even every commonly used feature. Instead, it introduces many of Python's most noteworthy features, and will give you a good idea of the language's flavor and style.

Python course in Bioinformatics
by Katja Schuerer, Catherine Letondal - Pasteur Institute
This course is designed for biologists who already have some programming knowledge in other languages. The focus is on biological examples that are used throughout the course, as well as the suggested exercises drawn from the field of biology.
(21425 views)

Make Games with Python
by Sean M. Tracey - The MagPi Magazine
In this book, we are going to learn to make games on the Raspberry Pi with Pygame. We'll look at drawing, animation, keyboard and mouse controls, sound, and physics. This book isn't for absolute programming beginners, but it's not far from it.
(8464 views)

Picking a Python Version: A Manifesto
by David Mertz - O'Reilly Media
There are two major versions of the Python: the Python 2.x series, and the newer Python 3.x series. This report guides you through the implicit decision tree of choosing what Python version, implementation, and distribution is best suited for you.
(6403 views)

Non-Programmers Tutorial For Python
by Josh Cogliati - Wikibooks
This free tutorial is designed to be an introduction to the Python programming language. The guide is for someone with no programming experience. The author attempts to teach programming by reading code and writing code.
(21107 views)