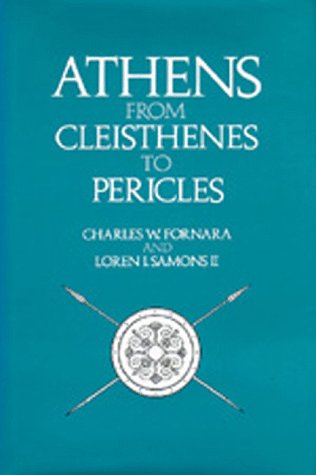 Description:
By the mid fifth century B.C., Athens had become the most powerful city-state in Greece: a rich democracy led by Pericles that boldly gained control of an empire. The authors unravel the intricacies of the conflicting ancient sources to show how the development of both democracy and empire were interdependent in Athens's multifaceted evolution.

A Source Book for Mediaeval History
by E.H. McNeal, O.J. Thatcher - Charles Scribner's Sons
Our purpose in general has been to present material touching only the most important matters of the whole medieval period. We have tried to offer in usable form illustrative material which may be of service to both teacher and student.
(7433 views)

The Berlin Wall: 20 Years Later
by Michael Jay Friedman, George Clack - U. S. Department of State
The Berlin Wall marked the geopolitical and ideological cleavage of Cold War Europe. Its demise marked the triumph of western models of personal autonomy and economic entrepreneurialism, and of the desire to live in freedom.
(9001 views)

Wall Street and the Rise of Hitler
by Antony C. Sutton - G S G & Associates
This book describes the role of the Wall Street financial elite in the 1933 seizure of power by Adolf Hitler in Germany. Contemporary academic histories, with perhaps the sole exception of Carroll Quigley's Tragedy And Hope, ignore this evidence.
(14664 views)

The Black Death: A History From Beginning to End
- Hourly History
The Black Death claimed between 75 million and 200 million lives in four short years. In this engaging and well-researched book, the trajectory of the plague's march west across Eurasia and the cause of the great pandemic is thoroughly explored.
(3606 views)