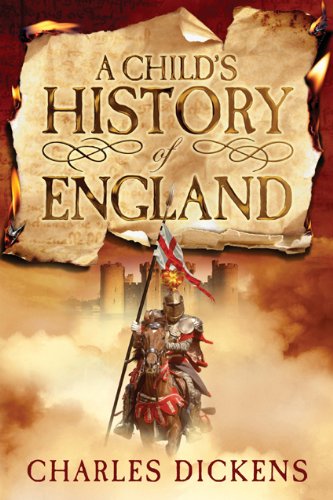 A Child's History of England
by Charles Dickens

Description:
Interesting, informative and accessible, A Child's History of England takes its reader on a fascinating journey, from Ancient England and the Romans to Victoria's reign and Dickens' own lifetime. Full of sensational plots, gallant heroes and brutal villains, high adventure and terrible tragedy, it will appeal to anyone who enjoys a good story and some horrible history.

The Mystery of Edwin Drood
by Charles Dickens - Chapman and Hall
Dickens's marvelous tale was left unfinished at his death in 1870. The novel has been all the more tantalizing for its lack of an ending to a mystifying puzzle that avid readers have tried to solve. A gem for lovers of mysteries and Dickens fans.
(5836 views)

The Life and Adventures of Nicholas Nickleby
by Charles Dickens - Macmillan
Nicholas Nickleby must set out to make his way in the world. Along the way various older, money-grubbing villains attempt to injure him. Eventually, with the assistance of kind patrons, he and his family achieve economic security and a happy home.
(9170 views)

The Battle of Life
by Charles Dickens - Bradbury & Evans, Whitefriars
A charming addition to Dickens' series of five Christmas books, of which this is the fourth. In this short novel fans of Dickens will find an entertaining and cheerfully uplifting love story, perfect reading for the holiday season.
(5938 views)

A Tale of Two Cities
by Charles Dickens - Dutton
Against the backdrop of the French Revolution, Dickens unfolds a masterpiece of drama, adventure, and courage featuring Charles Darnay, a man falsely accused of treason. The novel culminates in a daring prison escape in the shadow of the guillotine.
(13702 views)