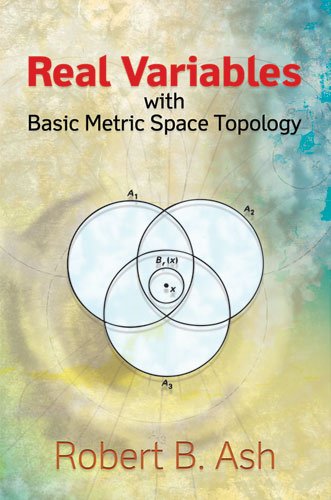 Description:
This is a text for a first course in real variables for students of engineering, physics, and economics, who need to know real analysis in order to cope with the professional literature in their fields. The book tends to avoid standard mathematical writing, with its emphasis on formalism, but a certain amount of abstraction is unavoidable for a coherent presentation.

Elementary Topology
by O. Ya. Viro, O. A. Ivanov, N. Yu. Netsvetaev, V. M. Kharlamov - American Mathematical Society
This textbook on elementary topology contains a detailed introduction to general topology and an introduction to algebraic topology via its most classical and elementary segment centered at the notions of fundamental group and covering space.
(15449 views)