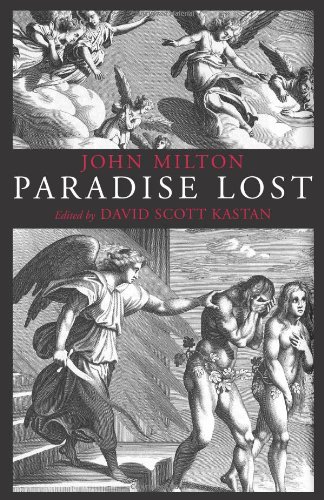 Description:
Paradise Lost is the great epic poem of the English language, a tale of immense drama and excitement, of rebellion and treachery, of innocence pitted against corruption, in which God and Satan fight a bitter battle for control of mankind's destiny. The struggle ranges across heaven, hell, and earth, as Satan and his band of rebel angels conspire against God. At the center of the conflict are Adam and Eve, motivated by all too human temptations, but whose ultimate downfall is unyielding love.

The Divine Comedy
by Dante Alighieri - Feedbooks
Led by the souls of Virgil and his love Beatrice, Dante crosses the gulfs of Hell, climbs the mountain of Purgatory and arrives through the spheres of Heaven in the presence of God. This is one of the most influential works in the Western canon.
(12891 views)

The Waste Land
by T. S. Eliot - Horace Liveright
This poem is widely regarded as one of the most important poems of the 20th century and a central work of modernist poetry. It loosely follows the legend of the Holy Grail and the Fisher King combined with vignettes of contemporary British society.
(915 views)

The Kalevala
by Elias Lönnrot - Sacred Texts
The Kalevala is a book and epic poem compiled from Finnish and Karelian folklore in the nineteenth century. It is held to be the national epic of Finland and is traditionally thought of as one of the most significant works of Finnish literature.
(13216 views)

Perverted Proverbs: A Manual of Immorals for the Many
by Harry Graham - Project Gutenberg
Virtue its own reward? Alas! And what a poor one as a rule! Be Virtuous and Life will pass Like one long term of Sunday-School. In this 'manual' Harry Graham takes issue with conventional pearls of wisdom in rhyming verse.
(9147 views)