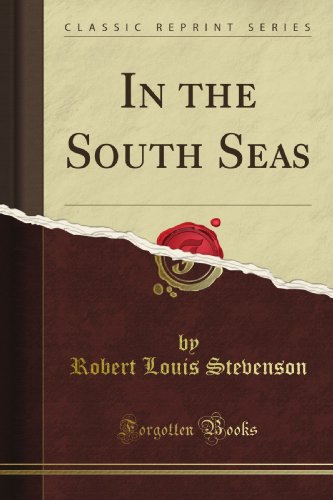 In the South Seas
by Robert Louis Stevenson

Description:
In his book, In the South Seas, Stevenson gives an accurate and in depth look into the people and culture of the islands of the South Pacific. The book describes the author's two year journey from the Marqueses Islands, to Tahiti, then Honolulu, and finally Samoa. Stevenson uses the great adventures he experienced and his masterfully writing skills to paint a breath taking view of the islands and thier many beauties.

The Voyages of Captain Scott
by Charles Turley - Dodd, Mead and Company
Scott led an expedition to the Antarctic. They reached the South Pole in 1912, to find that they had been preceded by Roald Amundsen in a race for the Pole. On their return Scott and his comrades perished because of extreme cold and exhaustion.
(9830 views)

A General History of all Voyages and Travels
by Du Perier - Curll
Travels throughout the world, from the first ages to this present time, illustrating both the ancient and modern geography, containing an accurate description of each country, its natural history and product, religion, customs, manners, trade, etc.
(10963 views)

The Great Navigators of the Eighteenth Century
by Jules Verne - Duckworth Publishers
Verne recounts the voyages of various European navigators to all parts of the globe. He gives detailed accounts of the explorers' climactic and navigational hazards, and their discoveries, conveying the sense of adventure enjoyed by the explorers.
(14305 views)

Across Asia on a Bicycle
by Thomas Gaskell Allen, William Lewis Sachtleben - The Century Co.
Two Washington University graduates sail to Liverpool and begin a 15,000-mile bicycle journey to Peking. The account begins in Asia Minor as the students cycle on through Persia and Turkestan, with detours to Merv, Bokhara, and Samarkand.
(15908 views)