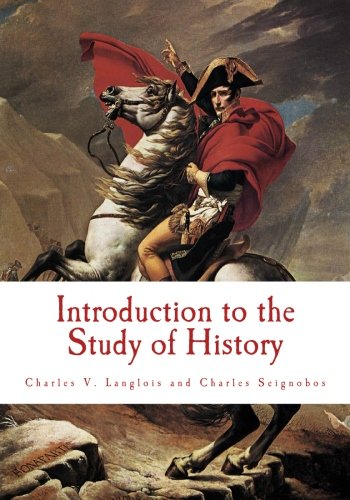 Introduction to the Study of History
by C. Langlois, C. Seignobos

Understanding History: An Introduction to Analytical Philosophy of History
by Jonathan Gorman - University of Ottawa Press
Has any question about the historical past ever been finally answered? This incisive study goes one step further and brings into question the very ability of historians to gather and communicate genuine knowledge about the past.
(9229 views)

A History of Mourning
by Richard Davey - McCorquodale & Co., Limited
Although tradition has not informed us whether our first parents made any change in their garments on the death of their relatives, it is certain that the wearing mourning and the institution of funereal ceremonies are of the most remote antiquity.
(6538 views)

The History of the Nineteenth Century in Caricature
by Cooper, Maurice - Dodd, Mead and Company
While the impulse to satirize public men in picture is probably as old as satiric verse, the political cartoon, as an effective agent in molding public opinion, is essentially a product of modern conditions. Its success depends upon its timeliness.
(10759 views)