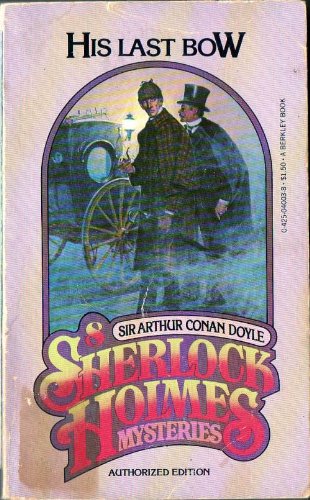 The White Company
by Arthur Conan Doyle - Feedbooks
This novel is a historical adventure set during the Hundred Years' War. The story follows a young man as he leaves the shelter of an abbey in England and becomes involved with Edward, the Black Prince's campaign in Spain.
(7067 views)

Through the Magic Door
by Arthur Conan Doyle - The McClure Company
This work is Conan Doyle's casually eloquent tour of the cherished books on his own shelves. As the author surveys the contents of his bookroom, each book prompts an essay in appreciation, affectionate reflections both personal and literary.
(4043 views)

The Return of Sherlock Holmes
by Sir Arthur Conan Doyle - McClure, Phillips & co.
Three years after his apparent death, Holmes resurrectes and lets his conscience prevail over the the law. Dr. Watson and Holmes are back together after a long hiatus at the top of their form, pursuing a criminal to their own front door.
(11863 views)

The Poison Belt
by Arthur Conan Doyle
Professor Challenger, his wife, journalist Malone and adventurer Roxton have gathered with oxygen canisters to watch the final hours of the world. As a poisonous miasma apparently asphyxiates the human race, Malone feverishly writes his copy.
(7870 views)