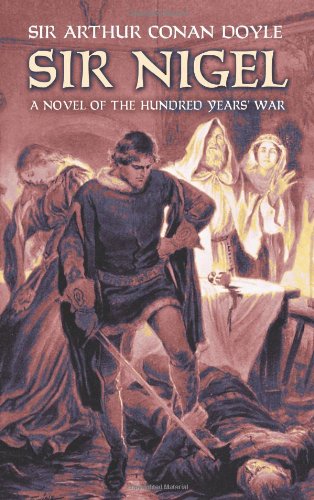 Description:
In this illustrated epic -- called 'the most complete, satisfying, and ambitious thing I have ever done' by the author himself -- squire Nigel Loring sets out to serve King Edward at the start of the Hundred Years' War. As battles wage between the French and English armies, Nigel attempts to earn his knighthood ... and to win the heart of the woman he loves.

The Case-Book Of Sherlock Holmes
by Sir Arthur Conan Doyle - The Strand
Grappling with treachery and ingenious crimes of all kinds, Holmes' dazzling powers of logic are as sharp as ever - no case is too challenging, no mystery too dense for the immortal sleuth's logic and legendary powers of deduction.
(11845 views)

Memoirs of Sherlock Holmes
by Sir Arthur Conan Doyle - A. Burt
Sir Arthur Conan Doyle's second story collection about the greatest detective, containing such puzzles as The Greek Interpreter, The Musgrave Ritual, Silver Blaze and The Final Adventure, the struggle between Holmes and the evil Professor Moriarty.
(8570 views)