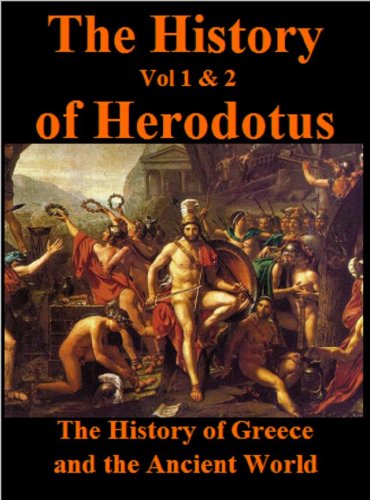 The History
by Herodotus

Description:
Combining his encyclopaedic interests and curiosity about the customs and workings of humankind, the "Father of History" gives us an unforgettable account of the great clash between Greece and the Persian Empire. In his matchless study of persons, places, and events, Herodotus recounts the rise of Lydia, and the ascendancy of the kingdom of Persia under kings Cyrus, Cambyses, Darius, and Xerxes; the exotic customs of Egypt; and the stirring events at Thermopylae and Salamis.

The Ancient East
by D. G. Hogarth - H. Holt
The area we shall survey in 1000 B.C. and re-survey at intervals, contains Western Asia bounded eastwards by a line drawn from the Persian Gulf to the Caspian Sea. This area is marked off by seas on three sides and by desert on the fourth side.
(15006 views)

The Story of Alexander's Empire
by John Pentland Mahaffy - Putnam
The story of the conquests of Alexander has been told many times, but the history of the portions of the great Empire that he founded, how they lost their independence, and finally were absorbed into the dominions of Rome, is less well known.
(6670 views)

Homer and His Age
by Andrew Lang
The aim of 'Homer and His Age' is to prove that the Homeric Epics as wholes and apart from passages gravely suspected in antiquity present a perfectly harmonious picture of the entire life and civilization of one single age.
(9967 views)