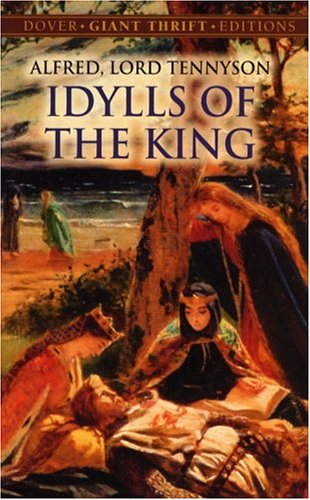 Idylls of the King
by Alfred Lord Tennyson

Description:
Tennyson interprets the Arthurian myth as an epic poem, and his tales of Camelot soar to remarkable imaginative heights to trace the birth of a king; the founding, fellowship, and decline of the Round Table; and the king's inevitable departure. Encompassing romance, heroism, duty, and conflict, Tennyson's poetry charts the rise and fall of a legendary society.

Paradise Lost
by John Milton - Dutton
Paradise Lost is the great epic poem of the English language, a tale of immense drama and excitement, of rebellion and treachery, of innocence pitted against corruption, in which God and Satan fight a bitter battle for control of mankind's destiny.
(13274 views)

The Loves of Krishna in Indian Painting and Poetry
by W. G. Archer - Project Gutenberg
The purpose of this book is to throw some light on Indian painting by presenting the story of Krishna in the clearest possible terms, in the form in which it has actually reached Indian minds and has influenced belief and worship.
(17437 views)

The Waste Land
by T. S. Eliot - Horace Liveright
This poem is widely regarded as one of the most important poems of the 20th century and a central work of modernist poetry. It loosely follows the legend of the Holy Grail and the Fisher King combined with vignettes of contemporary British society.
(791 views)

The Complete Poetical Works of Percy Bysshe Shelley
by Percy Bysshe Shelley - Houghton, Mifflin
Shelley was one of the major English romantic poets and is among the finest lyric poets in the English language. This edition of his poetical works contains all Shelley's ascertained poems and fragments of verse that have hitherto appeared in print.
(12106 views)