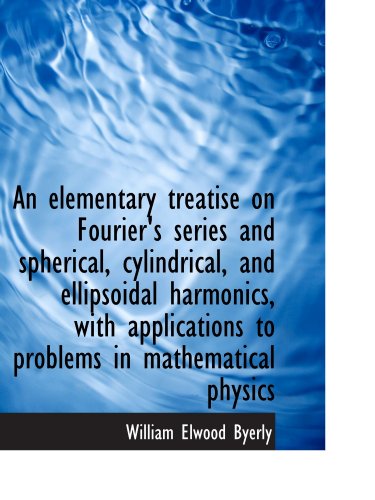 An elementary treatise on Fourier's series and spherical, cylindrical, and ellipsoidal harmonics
by William Elwood Byerly

Lecture Notes on Quantum Brownian Motion
by Laszlo Erdos - arXiv
Einstein's kinetic theory of the Brownian motion, based upon water molecules bombarding a heavy pollen, provided an explanation of diffusion from the Newtonian mechanics. It is a challenge to verify the diffusion from the Schroedinger equation.
(6761 views)

Mathematical Physics: Problems and Solutions
by G. S. Beloglazov, et al. - Samara University Press
The present Proceedings is intended to be used by the students of physical and mechanical-mathematical departments of the universities, who are interested in acquiring a deeper knowledge of the methods of mathematical and theoretical physics.
(10474 views)

Introduction to Mathematical Physics
by Alex Madon - Wikibooks
The goal of this book is to propose an ensemble view of modern physics. The coherence between various fields of physics is insured by following two axes: a first is the universal mathematical language; the second is the study of the N body problem.
(7029 views)