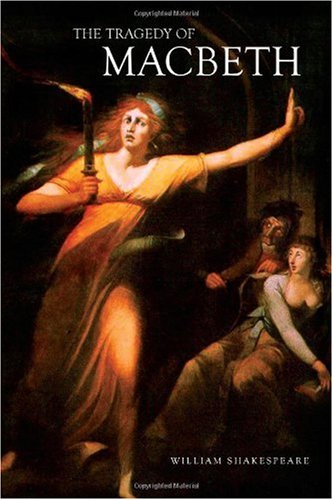 The Tragedy of Macbeth
by William Shakespeare

Description:
For several centuries The Tragedy of Macbeth has been one of the most popular of Shakespeare's plays, and is one of the most frequently performed plays of all time. Full of violence, murder, ghosts, ambition, blood, revenge, guilt, and madness, Macbeth is also one of the most influential works in all of Western art, and contains many of the most-quoted passages and infamous characters in Shakespeare's canon.

Othello, the Moore of Venice
by William Shakespeare
One of Shakespeare's greatest tragedies, a powerful drama not to be missed, Othello sets itself apart with its personal scale, fascinating plot and compelling, exotic characters. It shows the two sides of passion with shocking clarity.
(8697 views)

Romeo and Juliet
by William Shakespeare - H.M. Caldwell Co.
The story about two teenage lovers whose tragic deaths ultimately unite their feuding families. It is among Shakespeare's most popular and most frequently performed plays. The title characters are today regarded as archetypal young lovers.
(13609 views)

Hamlet
by William Shakespeare - Bartleby
The play recounts how Prince Hamlet of Denmark exacts revenge on his uncle, who has murdered Hamlet's father, and taken the throne and married his mother. Shakespeare vividly charts the course madness: from overwhelming grief to seething rage.
(14185 views)