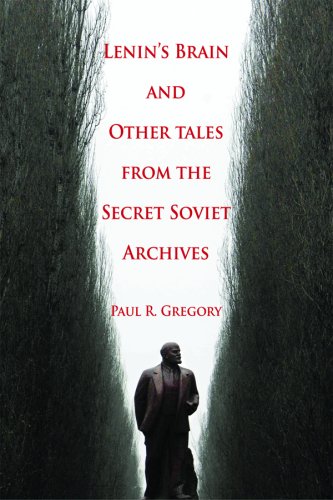 Lenin's Brain and Other Tales from the Secret Soviet Archives
by Paul R. Gregory

Description:
An enlightening look into the once-secret Soviet state and party archives that Western scholars first gained access to in the early 1990s. Paul Gregory breaks down a decades-old wall of secrecy to reveal intriguing new information on such subjects as Stalin's Great Terror, the day-to-day life of Gulag guards, the Soviet invasion of Afghanistan, the scientific study of Lenin's brain, and other fascinating tales.

Russia in the Shadows
by H. G. Wells - Hodder and Stoughton
The book depicts the grim situation of Russia during the civil war. On his trip Wells met many people and came away from this experience pessimistic about the future of Russia, noting that it was slipping into anarchy and even greater backwardness.
(9316 views)

A Source Book for Mediaeval History
by E.H. McNeal, O.J. Thatcher - Charles Scribner's Sons
Our purpose in general has been to present material touching only the most important matters of the whole medieval period. We have tried to offer in usable form illustrative material which may be of service to both teacher and student.
(7237 views)

An Introduction to the History of Western Europe
by James Harvey Robinson - Ginn & company
The excellence of Robinson's 'History of Western Europe' has been attested by the immediate and widespread adoption of the book in many of the best schools and colleges of the country. It is an epoch-making text-book on the subject.
(8089 views)