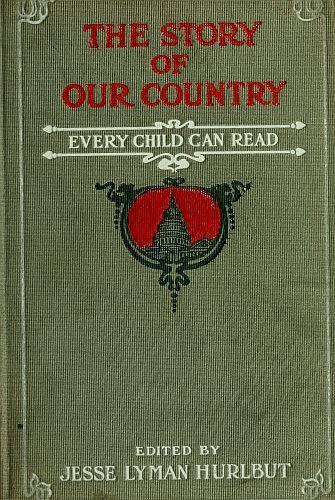 The Story of Our Country
by Jesse Lyman Hurlbut

Description:
You do not need to sit and dream how the wonderful work of building our noble nation was done, for you can read it all here in language simple enough for the youngest of you to understand. Here you are told how white men came over the seas and found beyond the waves a land none of them had ever seen before.

Historic Events of Colonial Days
by Rupert S. Holland - George W. Jacobs & Company
An absorbing book, describing the most dramatic episodes in colonial history: Peter Stuyvesant's flag, the struggle between Nathaniel Bacon and Sir William Berkeley, the attack on the Delaware, the pirates of Charles Town Harbor, and much more.
(6457 views)

The Adventures of Odysseus and Tales of Troy
by Padraic Colum - Norwood Press
The adventures of the ancient Greek hero from the Irish poet, novelist, dramatist, biographer and collector of folklore. This book is still considered by many to be the finest introduction younger readers will have to Homer.
(13466 views)

Kings and Queens of England
- Wikibooks
The text starts from the first Anglo-Saxon Kings of England, shows how the Crown changed many hands, it has battled Parliament, the period where the power finally transfered to Parliament through to the times of Elizabeth II.
(14865 views)

Stories From Roman History
by Lena Dalkeith - E.P. Dutton & Co.
This book is a nice introduction to the history of early Rome, from the founding of the City to the death of Julius Caesar and the rise of Augustus. It is a child's history book, written on the sixth to eighth grade level.
(8538 views)