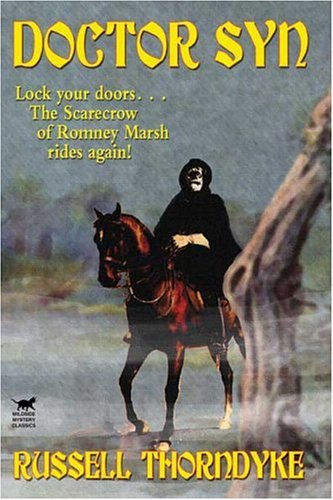 Doctor Syn: A Smuggler Tale of the Romney Marsh
by Russell Thorndyke

Description:
Posing as a respectable vicar in Dymchurch at the turn of the 18th century, Dr. Syn is actually the retired pirate Captain Clegg. Clegg, believed hanged in Rye, is no longer being sought by the authorities. However, country life proves too tame for Syn, and his attention turns to smuggling.

The Great Quest
by Charles Boardman Hawes - The Torbell Company
A romance of 1826, wherein are recorded the experiences of Josiah Woods of Topham, and of those others with whom he sailed for Cuba and the Gulf of Guinea. He braves the stormy seas, encounters natives, searches for gold and rescues a lovely lady.
(5472 views)

Saglek
by John Michaelson - Smashwords
In 1969 Lt. Michael Robinson was assigned to Saglek Air Force Station, an arctic outpost perched above the waters of Atlantic. Subjected to extraordinarily severe conditions he began a personal journey of revelation. Based on a true story.
(5539 views)

Avalanche
by Guy Herman - Lulu.com
A harrowing, nearly unbelievable, incredibly intimate adventure of a professor and his graduate assistant's summertime escape to the Alps, ending in a wondrous horror and recounted first person to the professors attorney from his jail cell.
(4928 views)

A Tale of Two Tunnels
by William Clark Russell - Chatto & Windus
The ship Lovelace lay in the East India Docks, being newly arrived from an East India voyage. Her commander, Jackman, stood in her cabin and gazed in his glass; he looked at his face, and seemed to study it. There was a mark as of a blow...
(4693 views)