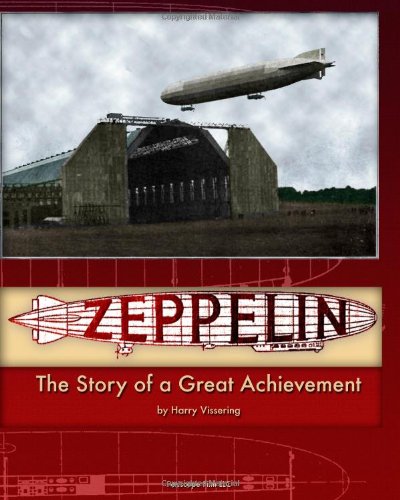 Zeppelin: The Story of a Great Achievement
by Harry Vissering

Description:
Written in 1922 by Harry Vissering, the director of the Goodyear-Zeppelin Corporation, Zeppelin recounts the life and work of Count Zeppelin (1838-1917). In addition to descriptive text, the book includes nearly 100 rare photographs and line drawings detailing the history, construction and operation of these remarkable craft.

The Copernicus of Antiquity: Aristarchus of Samos
by Thomas Little Heath - The Macmillan Company
The crowning achievement of anticipating the hypothesis of Copernicus belongs to Aristarchus of Samos alone; but to see it in its proper setting it is necessary to have followed in the footsteps of the earlier pioneers ...
(2039 views)

Famous Men of Science
by Sarah Knowles Bolton - ManyBooks
These sketches show how young men have overcome difficulties, how they have made failures before finding their true vocation. They show the results of untiring devotion; how a cheerful face and a hopeful spirit can win its way against opposition.
(8431 views)