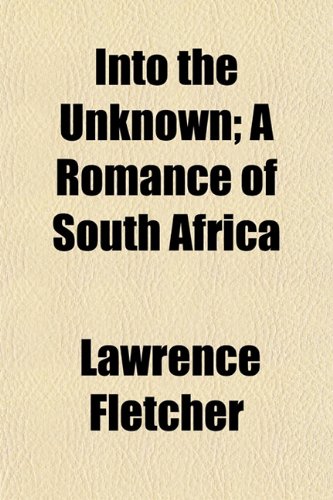 Into the Unknown
by Lawrence Fletcher

Description:
The scene is magnificently striking, but grand with a loneliness awful beyond description, for, so far as the eye can reach, the fervid sun beats upon nothing but towering mountain-peaks, whose grey and rugged summits pierce the fleecy heat-clouds, and seem to lose themselves in a hopeless attempt to fathom the unspeakable majesty beyond.

Shackleton's Man Goes South
by Tony White - Science Museum
Tony White has written a bold novel-cum-manifesto, a prophecy, satire, and warning, and a gripping polar allegory for the era of global warming. He brings a puzzlemaster's ingenuity and a storyteller's sense to create a stark vision of a future ...
(3230 views)

The Great Quest
by Charles Boardman Hawes - The Torbell Company
A romance of 1826, wherein are recorded the experiences of Josiah Woods of Topham, and of those others with whom he sailed for Cuba and the Gulf of Guinea. He braves the stormy seas, encounters natives, searches for gold and rescues a lovely lady.
(4383 views)

Saglek
by John Michaelson - Smashwords
In 1969 Lt. Michael Robinson was assigned to Saglek Air Force Station, an arctic outpost perched above the waters of Atlantic. Subjected to extraordinarily severe conditions he began a personal journey of revelation. Based on a true story.
(4551 views)

The Secret Of The Australian Desert
by Ernest Favenc - Blackie
The unknown fate of Ludwig Leichhardt has always centred most of the romance of story about his memory. No clue to the disappearance of the whole party has ever been discovered. This mystery of Australian exploration is the groundwork of the story.
(11513 views)