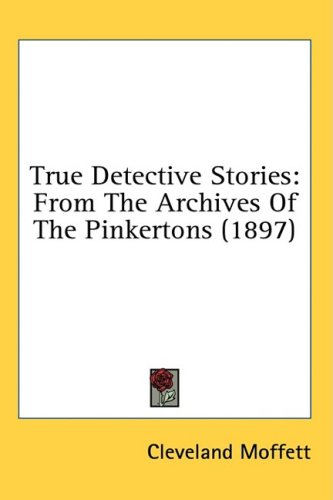 Description:
Stories from the archives of the Pinkertons. Contents: The Northampton Bank Robbery; The Susquehanna Express Robbery; The Pollock Diamond Robbery; The Rock Island Express; The Destruction of the Renos; The American Exchange Bank Robbery.

The Middle Temple Murder
by J.S. Fletcher - A.A. Knopf
A good mystery by J.S. Fletcher, written in early 20th century style. The body of a man is found on the steps to Middle Temple Lane near London's courts of law, and a journalist and a young lawyer are drawn into the ensuing investigation.
(6402 views)

Murder in Steeple Martin
by Lesley Cookman - Smashwords
First in a series of British murder mysteries featuring retired actress and sleuth, Libby Sarjeant. Artist and ex-actress Libby is busy directing a play for the opening of a new theatre in her village when one of her cast is found murdered.
(6258 views)