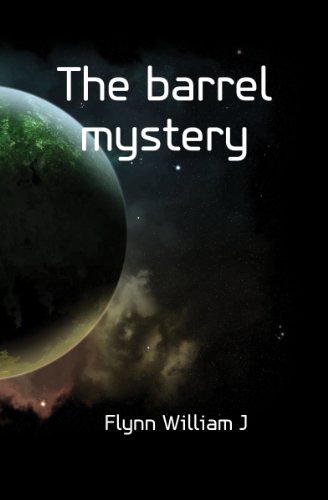 Description:
... Mrs. Conners raised the coat. Quickly she let it drop and screamed. There was a man's body crushed into the barrel. The body was in a doubled-up position, both feet and one hand sticking over the rim of the barrel ...

Ten Thousand Suspects
by Rayanda - RayandaArts
A hiker plunges to his death, a child is kidnapped and a man has his throat slashed to keep him from telling secrets that lure stolen art sleuth, Rane Lavita, and her pal, Chanlee, into the labyrinthine underbelly of the lucrative world of forgeries.
(6213 views)

Two For Rain
by K.J. Rivera - Smashwords
Self proclaimed private investigators Leah and Sebastian Reyes take off on a quest full of twists and turns to solve the mystery of a missing college student. They will encounter a range of dangerous suspects snared in centuries-old traditions ...
(4639 views)

Merrie Axemas: A Killer Holiday Tale
by M. R. Sellars - Smashwords
Merrie Callahan is all grown up now. She doesn't believe in Santa anymore. But she still has an axe to grind with the man in the red suit. The book brings you to the edge, taunts you with unanswered questions, and hangs you with an alternate ending.
(5057 views)

A Thief in the Night
by E. W. Hornung - Charles Scribner's Sons
A Thief in the Night is a 1905 collection of short stories by E.W. Hornung, featuring his popular character A. J. Raffles. It was the third book in the series. Raffles, a gentleman thief, commits a number of burglaries in late Victorian England.
(4417 views)