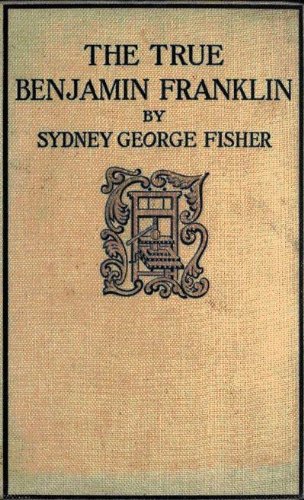 Description:
This is an analysis of the life and character of Franklin. The author have endeavored so far as possible to let Franklin speak for himself. The present single volume is more in the way of an estimate of his position, worth, and work, and yet gives every essential fact of his career with enough detail to enable the reader to appreciate it.

A Century of War
by John V. Denson - Ludwig Von Mises Institute
The book covers the history of America's large wars from 1860 through the Cold War, describing the 20th century as the bloodiest in all history. Denson recounts how the wars came about through a series of deceitful political ploys.
(15793 views)

Over the Edge: Remapping the American West
by V. J. Matsumoto, B. Allmendinger - University of California Press
From the Gold Rush to rush hour, the history of the American West is fraught with diverse, subversive, and at times downright eccentric elements. This provocative volume challenges traditional readings of western history and literature.
(11685 views)

US History since 1877
by James Ross-Nazzal - Connexions
This is a textbook to be used for the second part of the US history survey course (U. S. after 1877) at Houston Community College, written by Dr. James Ross-Nazzal. Topics covered are: The Progressive Era; The Great War.
(9081 views)

Reassessing the Presidency : The Rise of the Executive State and the Decline of Freedom
by John V. Denson - Mises Institute
This remarkable book is the first full-scale revision of the official history of the U.S. executive state. Contributors examine the usual judgments of the historical profession to show the ugly side of supposed presidential greatness.
(13223 views)