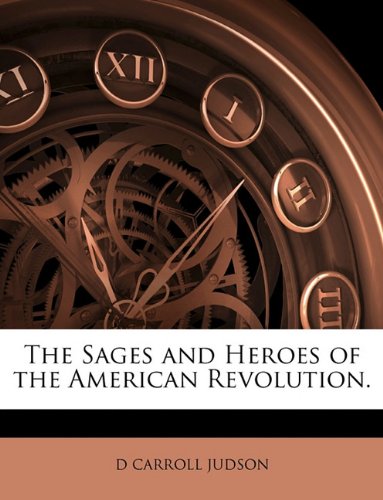 Sages and Heroes of the American Revolution
by L. Carroll Judson

Description:
This volume contains the condensed substance of more expensive works that have been published relative to the men and times of the American Revolution. The character and acts of the most prominent Sages and Heroes of that eventful era are delineated. A sufficient amount of documentary matter is inserted to enable the reader to fully understand the causes, progress and triumphant termination of that sanguinary struggle that resulted in Freedom to the new world and prepared an asylum for the oppressed.

US History
- Wikibooks
The textbook covers everything that US history students study in high school or college. The contents: the history of colonial america, the early republic, antebellum america, the republic from 1877 to 1989, and from 1989 to the election 2008.
(12229 views)

The Presidents: A Reference History
by Henry F. Graff - Advameg, Inc.
This a standard resource for students and the general public alike: U.S. presidents from George Washington to George W. Bush are profiled in depth. This is the story of the national political leadership of the country during the nearly two centuries.
(14378 views)

Conceived in Liberty
by Murray N. Rothbard - Ludwig von Mises Institute
This book offers a complete history of the Colonial period of American history. Rothbard sheds new light on Colonial history and show that the struggle for human liberty was the heart and soul of this land from its discovery through the Revolution.
(11159 views)