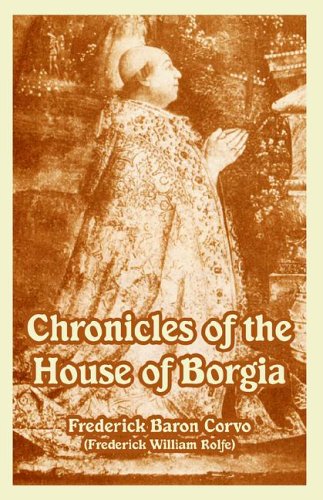 Chronicles of the House of Borgia
by Frederick Rolfe

Description:
In little more than a century, from 1455 to 1572, Borgia sprang to the pedestal of fame ; leaping at a bound, from little bishoprics and cardinalates, to the terrible altitude of Peter's Throne ; producing, in those few years, two Popes, and a Saint and General of Jesuits.

A History of Germany
by Bayard Taylor - Project Gutenberg
My aim has been to present a clear narrative, omitting no episode of importance, yet preserving a distinct line of connection from century to century. Besides referring to the best authorities, I have based my labors mainly upon three recent works.
(8075 views)

A Short History of Russia
by Mary Platt Parmele - Charles Scribners' Sons
The book gives a good overview of the history of social and political life in the Russia from the earliest times to about the turn of the 20th century. The author's style is a flowing narrative that ties together the various historical events.
(6863 views)

The Southern Slav Question and the Habsburg Monarchy
by R. W. Seton-Watson - Constable & Co.
No country in Europe presents such a variety of complicated problems as the Austro-Hungarian Monarchy; and among these, none is more pressing than the Southern Slav Question. In it are involved the future fortunes of the whole Croat and Serb race.
(8960 views)