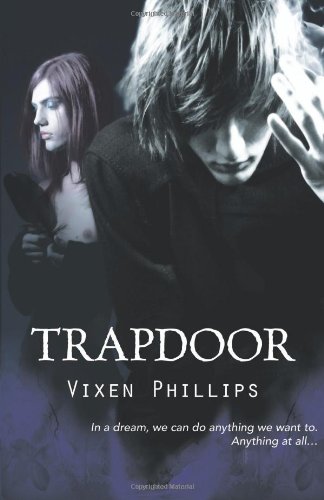 Description:
Set in Melbourne in the late 90s, Trapdoor is a psychological journey through darkness and light -- a story of love, obsession and beautiful self-destruction. Sometimes, if you wish hard enough, dreams can come true, even if you should wake to find them gone like shadows in the morning.

LA 3-Way
by Ben Borland - Smashwords
A comedy crime caper about the intertwining lives of a British pop star in Hollywood and an ordinary young man in Scotland who looks just like him. The pop star's attempt to atone for his wife's death leads him into deadly territory...
(5745 views)

Too Far
by Rich Shapero - Outside Reading
The book follows a pair of ultra-imaginative six-year-olds through a transformative summer spent exploring the woods behind their Alaskan homes. As their family lives become increasingly unstable, the children travel deeper into their private world.
(6197 views)

Love Like This
by Sylvia Hubbard - Smashwords
Angered that his wife would sleep with his brother, Ethan swore revenge. He becomes involved with the one person his wife never wanted him to get close to - her daughter, Nicole. Once Ethan leaves his wife penniless his revenge will be complete.
(8413 views)

Tokyo Zero
by Marc Horne
It's the turn of the millennium and a young westerner arrives in Tokyo to join a cult and bring on the end of the world. Visit Tokyo that lies beneath the surface: the city of petty gangsters, slumming millionaires, drunkards and bizarre messiahs.
(5897 views)