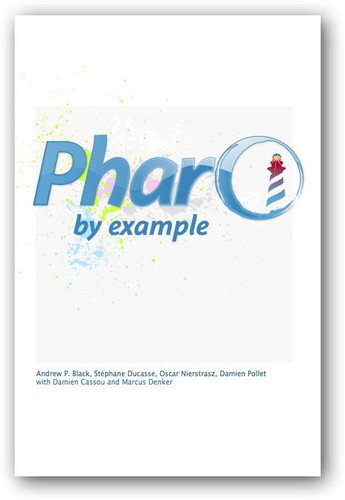 Pharo by Example
by Stephane Ducasse, at al.

Description:
Pharo is a modern open-source development environment for the classic Smalltalk-80 programming language. Pharo by Example, intended for both students and developers, will guide you gently through the Pharo language and environment by means of a series of examples and exercises.

Practical Smalltalk: Using Smalltalk/V
by Dan Shafer, Dean A. Ritz - Springer
This book is specifically aimed at people who are interested in learning to build real-world applications using Smalltalk/V. It also includes a bit of refresher material that extends some of the information in the Smalltalk/V tutorial as well.
(10474 views)

Computer Programming using GNU Smalltalk
by Canol Goekel - Lulu.com
This book tries a different approach for teaching introductory computer programming than most other books by choosing Smalltalk as the programming language. A language which is mature and powerful yet not as widely used as some popular alternatives.
(12063 views)

Smalltalk With Style
by E. Klimas, S. Skublics, D. A. Thomas - Prentice Hall
Bridging the gap between established software engineering principles and the real-world programming, this book presents guidelines for programming in the Smalltalk language that will result in source code that is clear and easy to understand.
(13257 views)

Squeak: Learn Programming with Robots
by Stephane Ducasse - Apress
This book will teach you core programming concepts based on simple, visual problems that involve manipulation of robots, or 'turtles'. You will learn basic programming concepts like loops, abstractions, composition, and conditionals.
(14244 views)