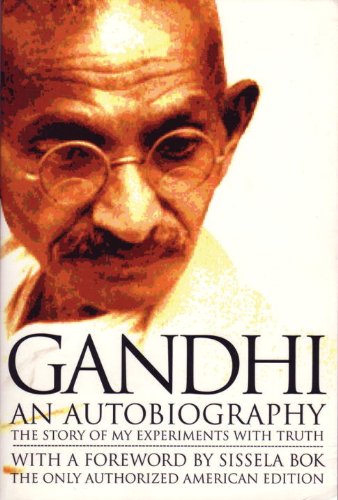 An Autobiography: The Story of My Experiments With Truth
by Mohandas K. Gandhi

Description:
Mohandas K. Gandhi is one of the most inspiring figures of our time. In his classic autobiography he recounts the story of his life and how he developed his concept of active nonviolent resistance, which propelled the Indian struggle for independence and countless other nonviolent struggles of the twentieth century.

John Adams: A Life
by John Ferling - The University of Tennessee Press
Ferling depicts a reluctant revolutionary, a leader who was deeply troubled by the warfare that he helped to make, and a fiercely independent statesman. The book brings to life an exciting time, an age in which Adams played an important role.
(8387 views)

The Autobiography of Benjamin Franklin
by Benjamin Franklin - J.B. Lippincott
The original form of the manuscript is here reproduced in recognition of its value as a picture of one of the most notable personalities of Colonial times, and of its acknowledged rank as one of the great autobiographies of the world.
(22990 views)

The Presidents: A Reference History
by Henry F. Graff - Advameg, Inc.
This a standard resource for students and the general public alike: U.S. presidents from George Washington to George W. Bush are profiled in depth. This is the story of the national political leadership of the country during the nearly two centuries.
(15992 views)