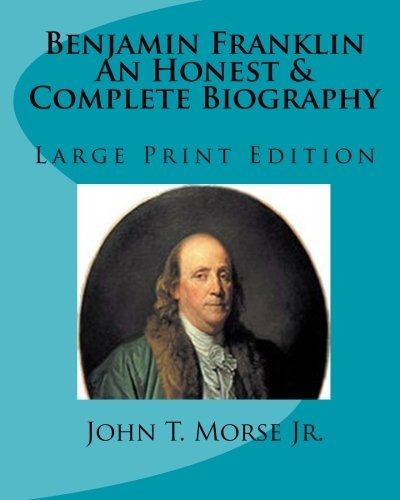 Description:
This is 1889 biography of Benjamin Franklin. The first five chapters of the Autobiography were composed in England in 1771, continued in 1784-5, and again in 1788, at which date he brought it down to 1757. After a most extraordinary series of adventures, the original form of the manuscript was finally printed by Mr. John Bigelow, and is here reproduced in recognition of its value as a picture of one of the most notable personalities of Colonial times, and of its acknowledged rank as one of the great autobiographies of the world.

George Washington Man and Monument
by Cunliffe Marcus - Mentor Book
The obelisk that called the Washington Monument was completed a hundred years after George Washington had achieved victory and independence for his nation. Yet the bones of the man it celebrates are in the vault of his Mount Vernon home.
(15738 views)

Diplomatically Speaking
by Lloyd Carpenter Griscom - Literary Guild of America
Mr. Griscom's life story reads like something out of one of Davis' own adventure tales. At 20 he found himself in London as Secretary to Mr. Bayard. Then came Constantinople, a veritable nest of spies, assassins and international intrigue ...
(4297 views)

John Adams: A Life
by John Ferling - The University of Tennessee Press
Ferling depicts a reluctant revolutionary, a leader who was deeply troubled by the warfare that he helped to make, and a fiercely independent statesman. The book brings to life an exciting time, an age in which Adams played an important role.
(8386 views)

An Autobiography: The Story of My Experiments With Truth
by Mohandas K. Gandhi - Columbia University
Mohandas Gandhi is one of the most inspiring figures of our time. In his classic autobiography he recounts the story of his life and how he developed his concept of active nonviolent resistance, which propelled the Indian struggle for independence.
(12238 views)