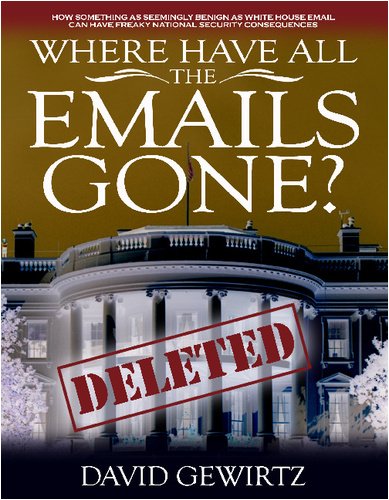 Where Have All the Emails Gone?
by David Gewirtz

Description:
Are you a conspiracy theorist? If you are, then this book is for you! Author David Gewirtz, has done an outstanding job of writing a book that offers insight into the White House security flaws that led to the recent missing of millions e-mails; as well as, archived ones.

Against Empire
by Michael Parenti - City Lights Publishers
Richly informed and written in an engaging style, Against Empire exposes the ruthless agenda and hidden costs of the U.S. empire today. Parenti shows how the conversion to a global economy is a victory of finance capital over democracy.
(7227 views)

The Gravest Danger: Nuclear Weapons
by Sidney D. Drell, James E. Goodby - Hoover Institution Press
The authors review the main policy issues surrounding nonproliferation of nuclear weapons. They address the specific actions that the community of nations should take to confront and turn back the nuclear danger that imperils humanity.
(8356 views)

The Betrayal of the American Right
by Murray N. Rothbard - Ludwig von Mises Institute
This book will change the way you look at American politics. It shows that the corruption of American 'conservatism' began long before George W. Bush ballooned the budget and asserted dictatorial rights over the country and the world.
(13487 views)