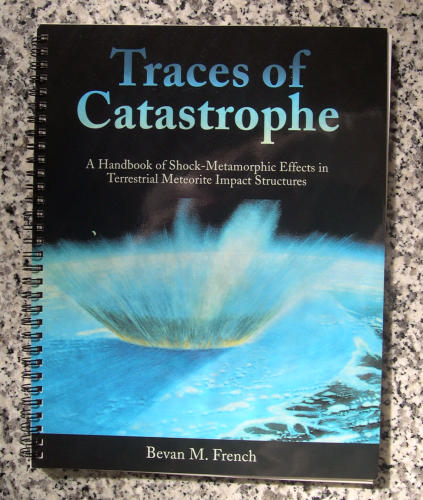 Description:
The author provides for geoscientists a detailed introduction and overview of impact processes, crater formation, and shock metamorphism. The book is not aimed primarily at specialists actually working in impact geology. It is intended for geoscientists of all kinds: students, professors and professional geologists who may unexpectedly encounter an impact structure in the next field area or in the next drill core.

To a Rocky Moon: A Geologist's History of Lunar Exploration
by Don E. Wilhelms - University of Arizona Press
Don Wilhelms was a member of the Apollo Scientific Team. In this book he describes his role, along with his colleagues, during the Apollo explorations of the Moon. He presents a brief history of the theories associated with the origin of the moon.
(6297 views)

Mercury
by F. Vilas, C. Chapman, M. Matthews - University of Arizona Press
The book on the planet's origin, its metal-rich composition, its thermal and geophysical evolution, and its cratering history. These topics are complex and controversial, and this book contains a variety of new perspectives on them.
(9224 views)

Voyager Encounters Jupiter
- National Aeronautics and Space Administration
Passing by Jupiter in 1979, the Voyager spacecraft have collected an enormous amount of data that may prove to be a keystone in understanding our solar system. This publication provides an early look at the Jovian planetary system ...
(2565 views)

Mars Science Laboratory
- Wikipedia
Mars Science Laboratory is a robotic space probe mission to Mars launched by NASA, which landed a rover Curiosity. The objectives include investigating Mars' habitability, studying its climate and geology, and collecting data for a manned mission.
(4697 views)