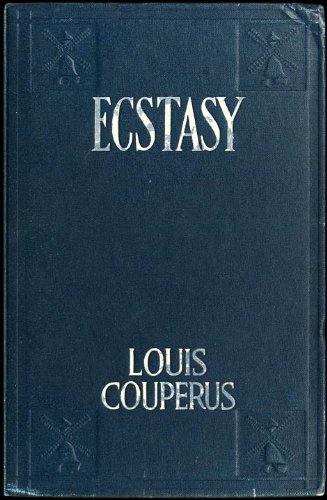 Ecstasy: A Study of Happiness
by Louis Couperus

Description:
This delicate story is Louis Couperus' third novel. At the time when it was written, the author was a leading member of what was then known as the 'sensitivist' school of Dutch novelists; and the reader will not be slow in discovering that the story possesses an elusive charm of its own, a charm marking a different tendency from that of the later books.

In Vain
by Henryk Sienkiewicz - Little, Brown. & Co.
This volume contains pictures of student life drawn by a student who saw the life which he describes in the following pages. This student was a person of exceptional power and exceptional qualities, hence the value of that which he gives us.
(5488 views)

Life and Death
by Henryk Sienkiewicz - Little, Brown, and Company
Legends and stories written by a Polish journalist and Nobel Prize-winning novelist Henryk Sienkiewicz: Life and Death - A Hindu Legend; Is He the Dearest One? A Legend of the Sea; The Cranes; The Judgment of Peter and Paul on Olympus.
(9792 views)

The Torrents of Spring
by Ivan Turgenev - The Macmillan Company
This literary work, as an unhappy love story, is often understood by readers as a description of Turgenev's own failure in finding romantic love. The story is partly autobiographical with the main character Sanin representing Turgenev himself.
(6132 views)