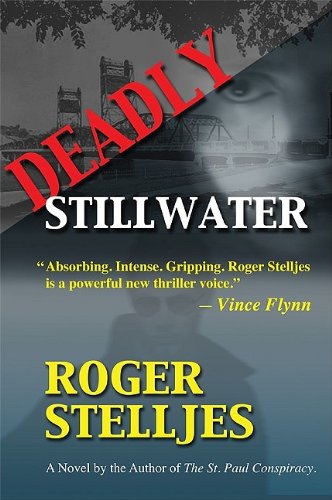 Description:
Award winning author, Roger Stelljes, delivers an action packed pulse pounding thriller that is the second book in the McRyan Mystery Series. An abduction is just the beginning in a case of betrayal and revenge that will ultimately strike at the soul of the St. Paul Police Department. From Lake Superior to the murky St. Croix River, you won't be able to put it down until its last thrilling minute.

Wheels in the Sky
by John Eider - Smashwords
The American President announces plans for a space station that will orbit the Earth with a crew of ten-thousand. But his plans draw out both the hopes and fears of the nation, and soon the project becomes embroiled in controversy and dispute.
(3143 views)

Black Woods
by Laura Wright LaRoche - Smashwords
Avid mushroom hunters and volunteers with the local Search and Rescue Department, Laura and Julie, remember that first encounter in the woods years ago. Four young men, fun by nature, travel to the woods with high hopes of a hunt they won't forget.
(5411 views)