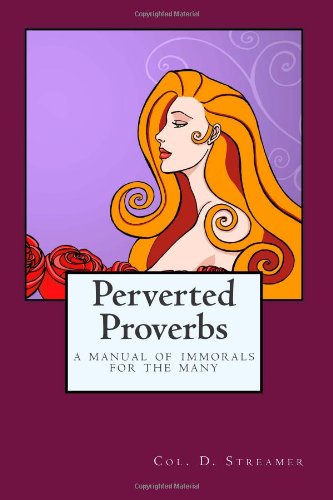 Perverted Proverbs: A Manual of Immorals for the Many
by Harry Graham

Description:
Virtue its own reward? Alas! And what a poor one as a rule! Be Virtuous and Life will pass Like one long term of Sunday-School. In this 'manual' Harry Graham (writing as Col. D. Streamer) takes issue with conventional pearls of wisdom (i.e., 'Virtue is its own reward') in rhyming verse.

The Complete Poetical Works of Percy Bysshe Shelley
by Percy Bysshe Shelley - Houghton, Mifflin
Shelley was one of the major English romantic poets and is among the finest lyric poets in the English language. This edition of his poetical works contains all Shelley's ascertained poems and fragments of verse that have hitherto appeared in print.
(10230 views)

Don Juan
by George Gordon Byron - Milner and Sowerby
Byron's masterpiece tells of the adventures of Don Juan. Written in ottava rima stanza form, it blends drama with humor, outrageous satire of his contemporaries, and mockery of Western societies, with England coming under particular attack.
(11349 views)

Phantasmagoria and Other Poems
by Lewis Carroll - eBooks@Adelaide
Known for pointing out the absurdities of life in his fiction and poetry, Carroll took paranormal belief to the extreme in the satirical poem Phantasmagoria, the humorous story of an annoying ghost that is assigned to haunt a new house.
(6443 views)