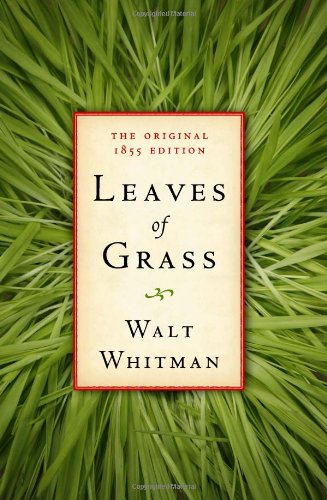 Leaves of Grass
by Walt Whitman

Description:
One of the great innovative figures in American letters, Walt Whitman created a daringly new kind of poetry that became a major force in world literature. Leaves Of Grass is his one book. First published in 1855 with only twelve poems, it was greeted as the most extraordinary piece of wit and wisdom that America has yet contributed.

The Compleat Panther Cycles
by William F. DeVault - Lulu.com
This volume has been called one of the most ambitious books of poetry ever written: the full revelation of the legendary Panther Cycles. More than six hundred and forty poems chart the ups and downs of the intensely dysfunctional love affair.
(9268 views)

The Waste Land
by T. S. Eliot - Horace Liveright
This poem is widely regarded as one of the most important poems of the 20th century and a central work of modernist poetry. It loosely follows the legend of the Holy Grail and the Fisher King combined with vignettes of contemporary British society.
(791 views)

Rhymes and Meters: a practical manual for versifiers
by Horatio Winslow - The Editor Publishing Company
This book arranges in a convenient form the fundamentals of verse -- enough for the student who takes up verse as a literary exercise or for the older verse writer who has fallen into a rut or who is a bit shaky on theory.
(10506 views)