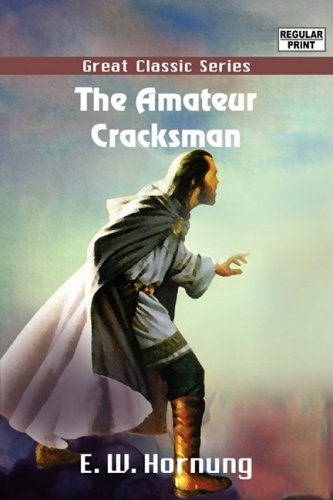 Description:
The first in a series of books of the anti-hero, Raffles, a gentleman and a cricket player, who supports himself by carrying out ingenious burglaries. Told a la Sherlock Holmes stories, by Raffles' friend, with a good sense of humor.

Secret Adversary
by Agatha Christie - Project Gutenberg
This is a work of detective fiction by Agatha Christie and first published in January 1922. The book introduces the characters of Tommy and Tuppence who feature in several other Christie books and stories throughout her writing career.
(9067 views)

Trent's Last Case
by E. C. Bentley - Project Gutenberg
The author tells the story of thoroughly unpleasant American millionaire Sigsbee Manderson, who is shot. Painter and journalist Philip Trent is asked to cover the story, and the challenge to solve the murder is too much to resist.
(7652 views)

Merrie Axemas: A Killer Holiday Tale
by M. R. Sellars - Smashwords
Merrie Callahan is all grown up now. She doesn't believe in Santa anymore. But she still has an axe to grind with the man in the red suit. The book brings you to the edge, taunts you with unanswered questions, and hangs you with an alternate ending.
(5248 views)