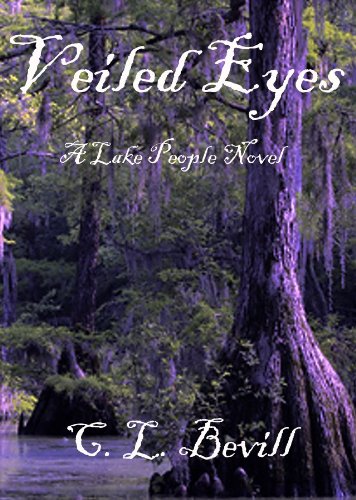 Description:
Anna St. Thais has always wondered who she was; an orphan or abandoned child. As she travels to New Orleans she quickly realizes that the dreams she's had of a strangely attractive man are very real and that he has a strong psychic connection to her. She finds the the enigmatic Lake People and there she will unravel the mystery that is her life.

Layla - One World Warrior
by Layla Parkin
Just when we thought God had finished intervening in our affairs - Layla appeared. Showing miraculous signs of God-like grandeur, she upsets the equilibrium of the centres of authority and moves humanity, forcibly at times, into a political unity.
(8283 views)

The Chosen: Rise of Cithria Part 1
by Kris Kramer - Smashwords
Three kingdoms at war. Three stories of hope, sorrow, and sacrifice. Three groups of heroes, whose personal quests lead them to discover that a fourth kingdom, long forgotten, lies dormant. But no more. Unless these heroes can put aside their enmity.
(6231 views)

The Soma Tantra
by Obsidian Eagle - obsidianeagle.com
The book for lovers of fantasy fiction, Hindu philosophy and progressive spirituality. On the surface it appears as a romantic flight of fancy, but being influenced by many different Hindu scriptures, it promises a grand tour of the Indic cosmos.
(7093 views)

Worlds Unseen
by Rachel Starr Thomson - Smashwords
Maggie Sheffield just wants to leave the past behind. When a dying friend shows up on her doorstep bearing the truth about the Seventh World -- in the form of a written covenant with evil -- Maggie is sent on a journey that will change her forever.
(8020 views)